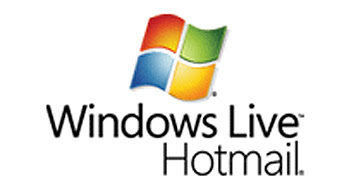 "That's right!" beamed the Windows Live Team via e-mail this morning. "It's been roughly a decade since you registered your Hotmail® account, and we just want to say thank you."

It's not that I'm ashamed to have stuck with my Hotmail account for 10 progressively shittier years, but that I have been "with" Hotmail approximately 10 times longer than I was "with" most of my ex-boyfriends.

Then again, Microsoft did send me an anniversary card, which is more than I can say for 97% of my former suitors. Bastards.

I think, that you are not right. I can prove it. Write to me in PM, we will discuss. http://hotmail.eco.br/

There are a couple of interesting points with time in this posting but I do not know if I see these people center to heart. There exists some validity but I’m going to take hold opinion until I check into it further. Great write-up , thanks and we want a lot more! Included with FeedBurner as well hotmail.com

Along these lines, all things considered you require not stress. Simply dial the Hotmail telephone number and get help from the administrators who are accessible day in and day out to give answers for your inquiries. Hotmail

Right Your Blog Suggestion…
In order to search for Hotmail username sign in your Hotmail account then enter your Email address and password further click on “option” further click “personal” then click “my profile.” Then in the text boxes you can see the first name and the last name.
Hotmail UK
Hotmail Help Desk UK